Popravko (1970) from Russia was the first to present chemical evidence of the propolis botanical origin, analyzed flavonoid composition of propolis and comparing it with that of poplar and birch bud exudates. Many other publications followed and now it is generally accepted and chemically proved that in temperate zones the bud exudates of Populus species and their hybrids are the main source of bee glue. This is true for Europe, North America and the temperate part of Asia 3, 9, 29, 35, 69 Meditaranian propolis produced in Malta seems to originate from cypress72. In Russia however, and especially in its northern parts, besides poplar, which seems to provide mainly propolis also birch buds (Betula verrucosa, Betula pubescens, Betula litwinowii) and aspen can supply bees with the propolis, 34, 75 In China besides the main source poplar bees also use pines, cypress, willow and sumacs45 In Turkey poplar seems to be the main origin, but also 69, 70, 90, 91, 101-103 but bees can also gather it from other sources as pine trees, eucalyptus and castanea 37, 91 .

"...When discussing "poplar type" propolis, it is clear that the product is a mixture of flavonoid aglycones, hydroxycinnamic acids, and their esters, and that these are the compounds that must be quantified. In Russia, however, and especially in its northern parts, birch buds (Betula verrucosa) are the common source of propolis, and flavonoid aglycones are of interest for quality control (Popravko, 1978). Chemical provings in some Brazilian regions have shown that Baccharis species leaf exudate is the main propolis source (Bankova et al., 1999). In this case, the important active constituents are carbon-prenylated derivatives of p-coumaric acid, and their percentage should be measured. Knowledge on active components and plant sources of propolis could lead to the formulation of a range of propolis types based on botanical origin, for example, "European," "North Russian," and varieties of "Brazilian."  >>

"...Propolis is a complex attack system in nature. It is so powerful in action, it is often called Russian penicillin in acknowledgement of the extensive research the Russians have mounted on this wonder worker from the bees.">> 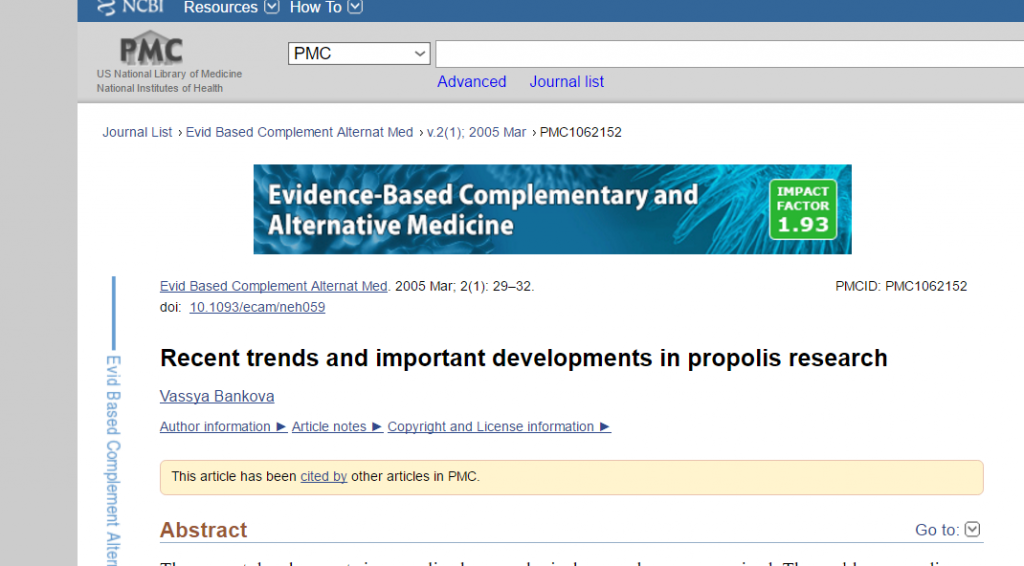 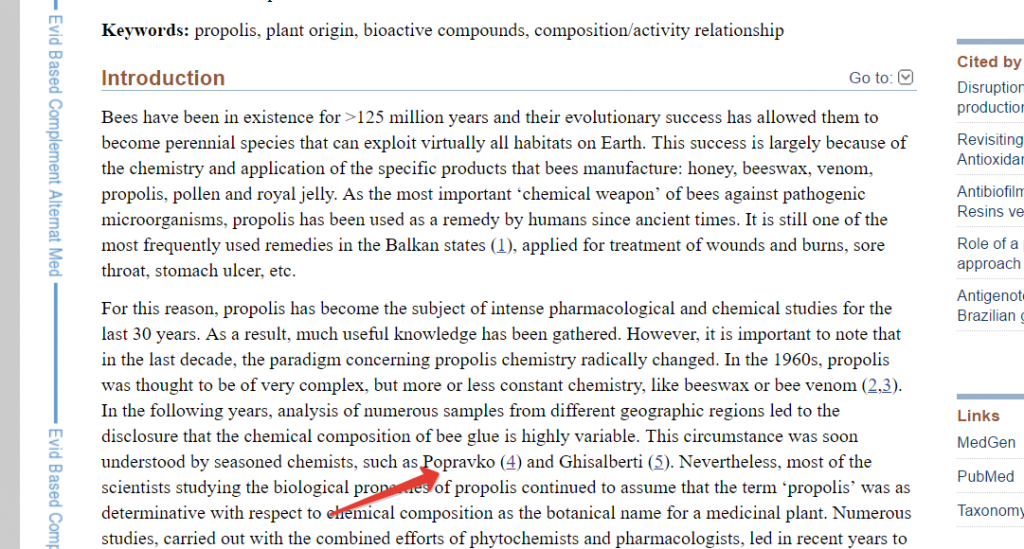 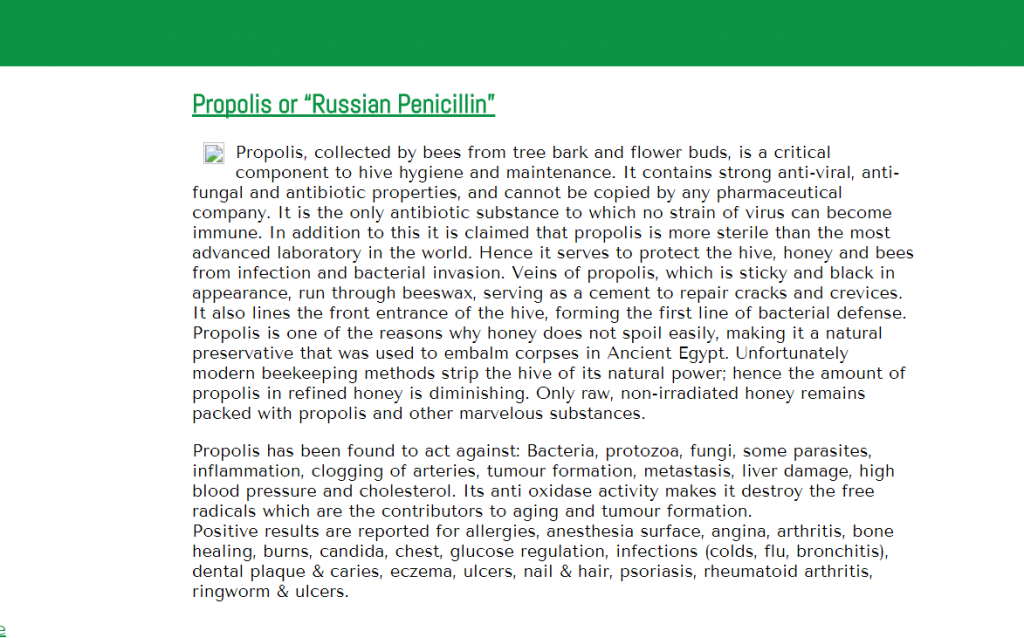 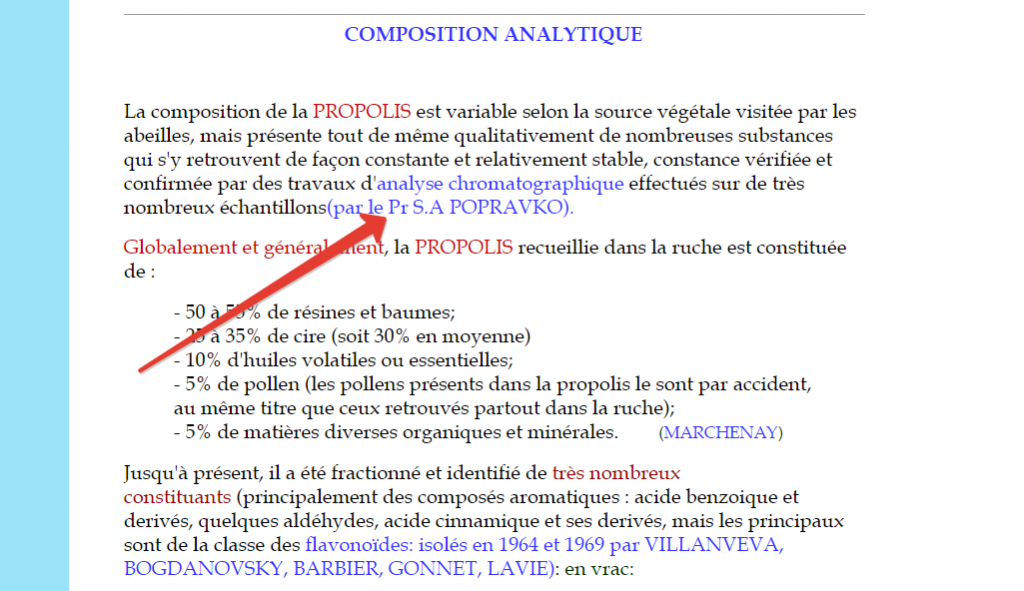